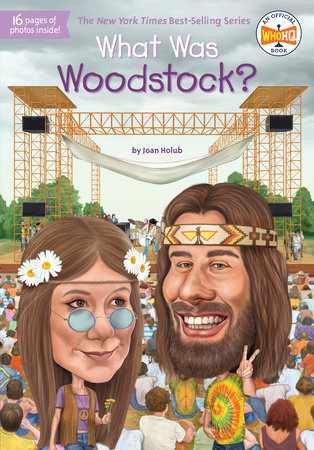 What is Woodstock? by Joan Holub

The concert took place at a New York dairy farm

Woodstock became a defining moment of the 1960s

On August 15, 1969, a music festival called “Woodstock” transformed one small dairy farm in upstate New York into a gathering place for over 400,000 young music fans. Concert-goers, called “hippies,” traveled from all over the country to see their favorite musicians perform. Famous artists like The Grateful Dead played day and night in a celebration of peace, love, and happiness. Although Woodstock lasted only three days, the spirit of the festival has defined a generation and become a symbol of the “hippie life.”