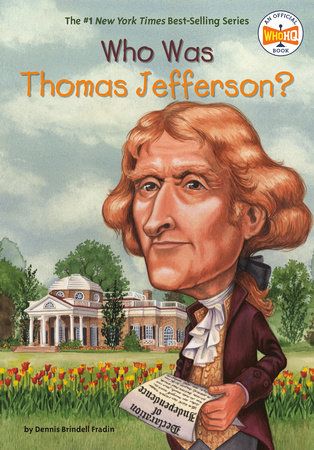 Who Was Thomas Jefferson? by Dennis Fradin

A bookworm who could read for fifteen hours straight and owned more than 6,000 books

A self-taught architect who designed his own home, the Virginia statehouse, and the University of Virginia

Did you know that John Adams had to coax Thomas Jefferson into writing the Declaration of Independence? It’s true. The shy Virginia statesman refused at first, but then went on to author one of our nation’s most important and inspiring documents. The third U.S. president, Jefferson was also an architect, inventor, musician, farmer, and-what is certainly the most troubling aspect of his life-a slave owner. Finally, here’s a biography for kids that unveils the many facets of this founding father’s remarkable and complicated life.