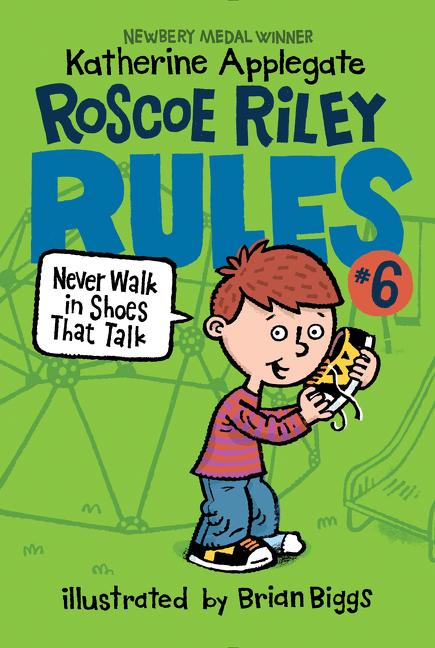 The sixth book in a hilarious chapter book series about an accidental rule breaker from Katherine Applegate, Newbery Medal–winning and bestselling author of The One and Only Ivan, Endling, and Wishtree.

It seems like everyone in Roscoe’s class has Walkie-Talkies, the cool new shoes that let you talk to your friends, and his pal Gus wants a pair too. But Gus’s parents won’t buy them until his old, boring sneakers are worn out—and that could take forever. Luckily, if there’s one thing Roscoe is good at, it’s destroying things. . . .