The Game Masters of Garden Place by Denis Markell 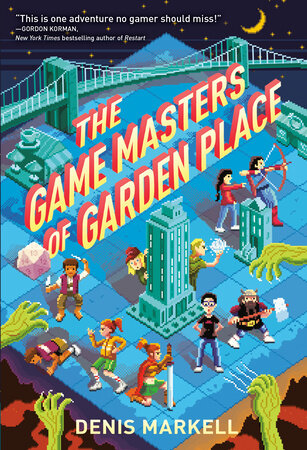 A quirky Dungeons & Dragons-inspired adventure that will appeal to gamers and readers of the Mr. Lemoncello’s Library series.

What if your favorite fantasy game characters showed up on your doorstep IRL?

The five are soon racing around town on a wild adventure that tests their both their RPG skills and their friendship. Will Ralph and crew be able to keep their characters out of trouble? Trying to convince a sticky-fingered halfling rogue not to pickpocket or a six-foot-five barbarian woman that you don’t always have to solve conflicts with a two-handed broadsword is hard enough. How will they ever send the adventurers back to their mystical realm?