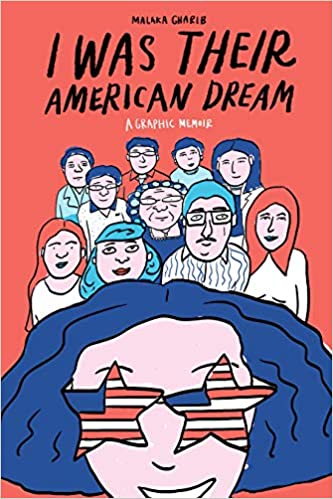 I Was Their American Dream: A Graphic Memoir by Malaka Gharib

“A portrait of growing up in America, and a portrait of family, that pulls off the feat of being both intimately specific and deeply universal at the same time. I adored this book.”—Jonny Sun

“[A] high-spirited graphical memoir . . . Gharib’s wisdom about the power and limits of racial identity is evident in the way she draws.”—NPR

I Was Their American Dream is at once a coming-of-age story and a reminder of the thousands of immigrants who come to America in search for a better life for themselves and their children. The daughter of parents with unfulfilled dreams themselves, Malaka navigated her childhood chasing her parents' ideals, learning to code-switch between her family's Filipino and Egyptian customs, adapting to white culture to fit in, crushing on skater boys, and trying to understand the tension between holding onto cultural values and trying to be an all-American kid.

Malaka Gharib's triumphant graphic memoir brings to life her teenage antics and illuminates earnest questions about identity and culture, while providing thoughtful insight into the lives of modern immigrants and the generation of millennial children they raised. Malaka's story is a heartfelt tribute to the American immigrants who have invested their future in the promise of the American dream.