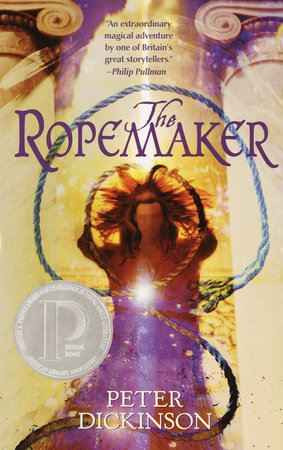 The Ropemaker by Peter Dickinson

Tilja has grown up in the peaceful Valley, which is protected from the fearsome Empire by an enchanted forest. But the forest’s power has begun to fade and the Valley is in danger. Tilja is the youngest of four brave souls who venture into the Empire together to find the mysterious magician who can save the Valley. And much to her amazement, Tilja gradually learns that only she, an ordinary girl with no magical powers, has the ability to protect her group and their quest from the Empire’s sorcerers.

“A challenging magical adventure for the thinking reader.”--Publishers Weekly, Starred

“While on one level this tale is a fantasy, it is also a wonderful coming-of-age story.”--School Library Journal, Starred

“Dickinson works his own magic in a thoroughly compelling tale that delves into the nature of both magic and time.”--Booklist, Starred