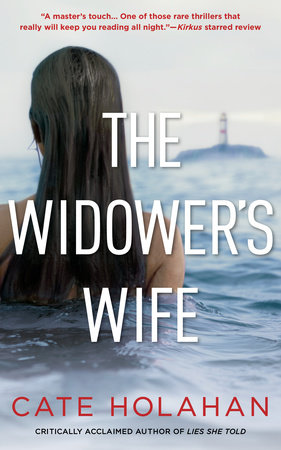 The Widower's Wife by Cate Holahan

“One of those rare thrillers that really will keep you reading all night.”

“In this chilling cat-and-mouse tale… Holahan keeps the action going.”

Ana Bacon, a beautiful young wife and mother, tumbled off a cruise ship into dark and deadly waters. Ana is gone—leaving behind her wealthy husband and adorable daughter—but not everything about her disappearance adds up. What secrets did she leave behind?

Investigator Ryan Monahan is a numbers man. So when his company sends him the Bacon case, which could net a ten-million-dollar payout, Monahan doubts that her death is just a tragic accident. But the husband has a substantial alibi and a number of witnesses claim to have seen Ana fall, and the official ruling seems to hold up.

Still, the more Monahan uncovers about Ana’s life, the more he realizes how many people would kill to keep her secrets hidden. And the closer he gets to the truth, the greater the odds that he, too, will take a fatal fall.