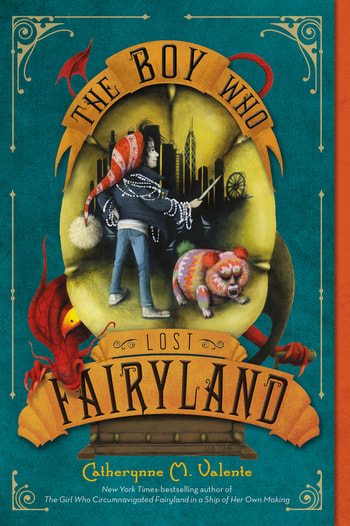 Fairyland #4: The Boy Who Lost Fairyland by Catherynne M. Valente

When a young troll named Hawthorn is stolen from Fairyland by the Red Wind, he becomes a changeling-a human boy-in the strange city of Chicago, a place no less bizarre and magical than Fairyland. Left with a human family, Hawthorn struggles with his troll nature and his changeling fate, while attending school and learning about human kindnesses-and un-kindnesses.

In a starred review, Kirkus noted, "Every page of this book contains at least one stunning sentence. Valente's descriptions of the human world make it sound like an exotic place, even when she just lists things to see: "diamonds and dinosaur bones and Canadian geese and the Cathedral of Notre Dame and ballpoint pens." Readers may wish the words were food, so they could eat them up. And they may keep reading this series for just as long as people have been arguing about Oz."

In this fourth installment of her saga, The Boy Who Lost Fairyland, Catherynne M. Valente's wisdom and wit will charm readers of all ages.